Furlough scheme ends, what next? Considerations for employers 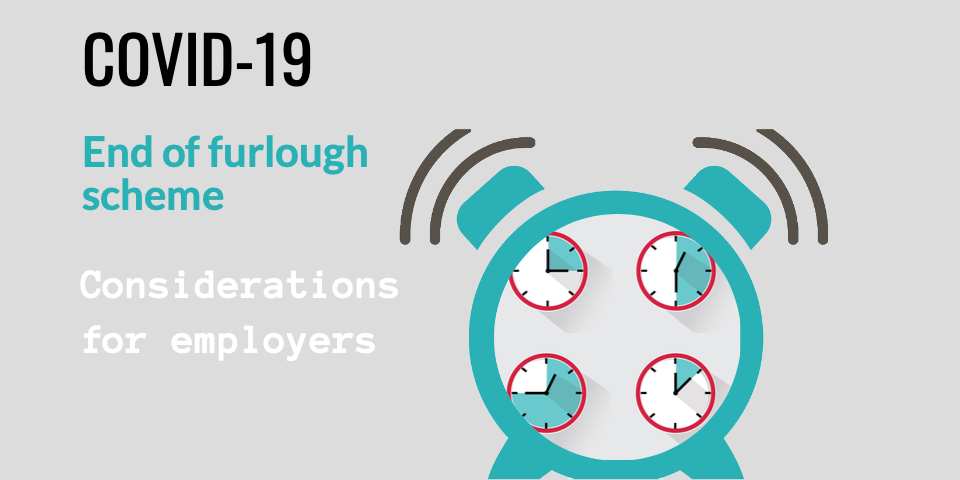 After a year and a half and multiple extensions, on 30th September 2021, the CJRS furlough scheme came to an end. Accountants and payroll are breathing a collective sigh of relief.

Here we include a closing view of furlough, important points for employers to note, some good housekeeping as the scheme wraps up, and a link to potential exit strategies – alternatives to redundancy – available to employers looking at bearing the full cost of furloughed employees for the first time in 18 months. A template letter for returning an employee from furlough leave is available below.

Template letter for returning an employee from furlough leave

Employers must have submitted the last furlough scheme reclaim to HMRC by 14th October 2021.

According to the Treasury, up to the end of July 2021, 11.6 million jobs have been furloughed and 1.3 million employers benefitted from the scheme, which has cost £69 billion and counting. By mid September, there were still over 1.5 million employees being supported by the scheme, 800,000 of which were fully furloughed.

The arts, recreation, food and accommodation sectors picked up strongly during the summer and saw mercifully large reductions in employee numbers on furlough. Hardest hit remains the Travel sector, with airlines, travel agents, tour operators, reservations and related services having the highest rates of jobs on furlough (along with the exhibition, conference sector, printing and some manufacturing). It comes as no surprise that in the first week after furlough ended, the Government scrapped the green and amber lists on the traffic light travel system, further eased restrictions on international travel from the red list and announced flights to the US are resuming (for double jabbed travellers from UK and EU) from November.

News from the travel sector is that the end of the furlough scheme so far has not resulted in the cliff edge of redundancies many feared. With confidence that bookings will pick up, negotiations between employers and employees are focused more on how to bring people back, through flexible working and reduced hours, rather than redundancies as a default. Good news thus far.

The chancellor also announced that as furlough came to an end there were more than 1 million job vacancies. He highlighted the next phase, called The Plan for Jobs, part of a £500 billion support package for the economy designed to support employers and workers now that furlough has ended. He emphasised that the Plan for Jobs is designed to support UK employers to create new jobs and ensure workers have appropriate skills for the jobs of the future. Employers are encouraged to take advantage of the support on offer, including the Kickstart scheme and additional funding around apprenticeships. More on the new skills and employment programmes announced.

It’s vital that employers keep clear and accurate records of furloughed (or flexible furloughed) employees’ working hours and days. Last September, HMRC estimated approx £3 billion of furlough claims were either fraudulent or paid in error. At that time, HMRC’s head Jim Harra told parliament that the department was exploring 27,000 “high-risk”claims. Recently employers have returned total of £1.3 billion in furlough money. In a bid to claw back some of the difference, HMRC are continuing to make checks on organisations that claimed under the scheme. Requests include information on furlough calculations, salary pay slips and copies of employment contract amendments signed by employees. The department has also significantly boosted its investigators following a hard recruitment drive.

As the scheme wraps up, it’s worth checking now for any miscalculations. The following can lead to errors:

During the initial period of furlough (March – June 2020) business claimed from a maximum grant value of 80% of a furloughed employee’s wages. This was to a cap of £2,500 per employee per month, plus NI and minimum pension contributions. Remember too that the furlough scheme became flexible on 1st July 2020, with further changes implemented in November 2020, and that from July 2021 Government contributions gradually decreased. Here’s a recap.

In the spring budget, the Chancellor announced that the furlough scheme would be extended and run until 30 September 2021, with the Government reducing its contributions from 1st July.

Please note that employers cannot use the CJRS grant to fund the (statutory or contractual) notice pay or redundancy pay of employees who are being made redundant.

What next? Return from furlough or redundancy

Employers now have to decide how many and which roles are to return from furlough back into the workforce and which roles will be at risk of redundancy and subject to consultation.

When employers are making decisions in relation to the process, including deciding who to return from furlough, equality and discrimination laws will apply in the usual way. We have recommended throughout this time that employers maintain close communication with their teams and give sufficient notice for the return from furlough.

The same applies going forward. Employers need to remember that consultation may be needed with the employee representatives (who need to be elected in advance) or trade union representatives if the employer’s proposals will lead to the risk of 20 or more people being dismissed (for redundancy). Please remember that even if less than 20 roles will be at risk of redundancy the employer will still need to hold individual consultation meetings with the affected staff.

If you are planning to make furloughed employees redundant whether they are on full-time furlough or flexible furlough, you need to be aware that the CJRS grant payment cannot be used to fund (1) the employee’s notice period payment (whether under the contract or the statutory accrual of 1 week for each year of service) and/or (2) the statutory redundancy payment (if the employee has worked 2 or more years).

We have put together this template return from furlough leave letter that, following discussions with furloughed employees, you should customise and send to them, confirming their return to work.

If the employee is returning on their pre furlough terms, there is no need to gain agreement. If you plan to ask a furloughed employee to return to work part-time however, then the part time arrangements, and any changes in their working hours and / or salary & benefits should be set out in the letter. The Government advises employers to gain the employee’s agreement to the new changes to their return from furlough leave arrangements and keep a record of the communications for 5 years. Otherwise there is the risk of employment grievances and claims and the wasted management time and costs defending an Employment Tribunal claims. Agreement must be sought where salary, benefits, working hours or place of work are changing. 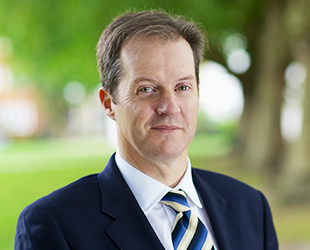